Parsnips only came onto my radar within the past six or so years– they just weren’t a part of my early life for some reason but now I’m a major fan.  They look like white carrots but have a sharper taste to them and they are so easy to prepare.  And they’re delicious!  Bonus. 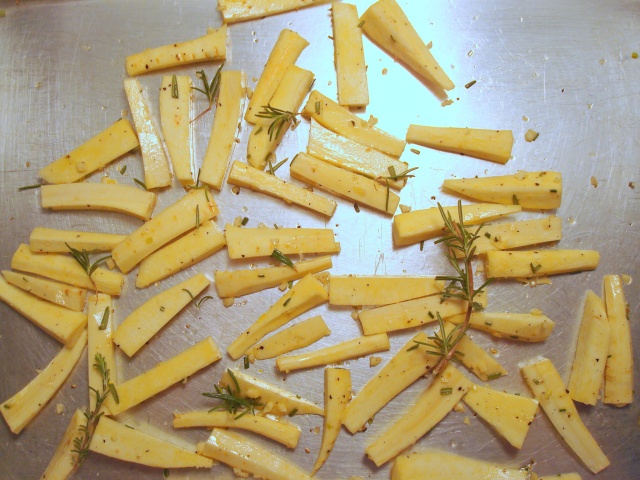 I found this recipe in the current issue of Bon Apetit and promptly got to the business of trying it.  It’s so simple.  You toss cut up parsnips with olive oil, salt, pepper, chopped rosemary, and minced garlic and then you roast for about twenty minutes.  Sprinkle a little cumin on them and call it a day.  Trick your kids and picky-eating friends into thinking they’re fancy French fries and they’ll totally go for it.  Except these are waaaaaaay better than fries. 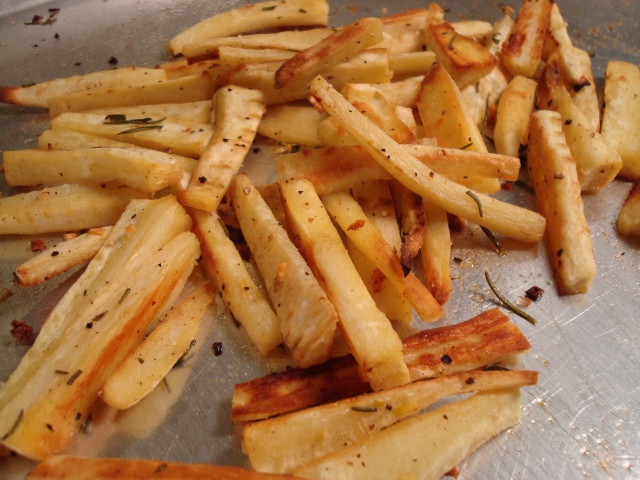 Preheat oven to 450 degrees F.  Mix parsnips, chopped rosemary, garlic, and oil on a large rimmed baking sheet.  Season with salt and pepper and toss to coat.  Spread out in a single layer.  Scatter rosemary springs over.

Roast for 10 minutes; turn parsnips and roast until parsnips are tender and browned in spots, 10-15 minutes longer.  Crumble leaves from rosemary springs over; discard stems and toss to coat.  Sprinkle 1/2 teaspoon cumin over.  Season to taste with salt, pepper, and more cumin, if desired.