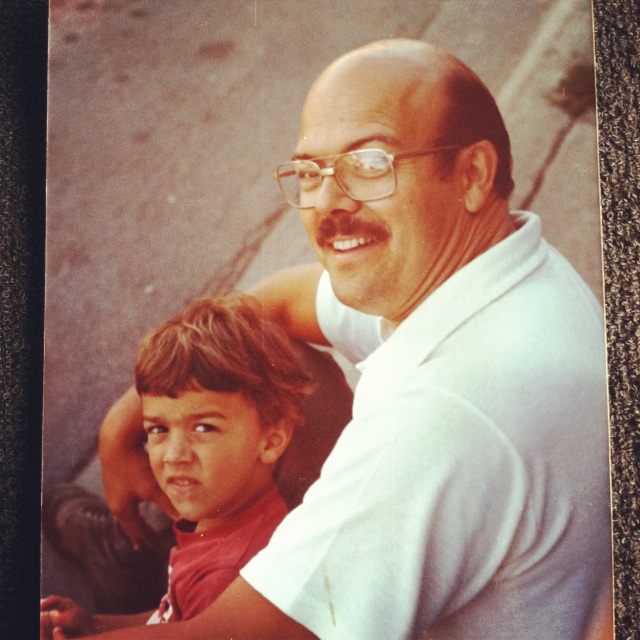 I attribute my appreciation of food and my sense of adventure when it comes to it to the man on the right.  He and my mom were on to the local and organic thing way before it was a thing, back when it was just called having a large garden and raising various livestock and using that as your main source of food for the year.  Imagine that.  He’s also always willing to try something new which I love (Indian?  Sure!  Ethiopian?  Why not.  Dim sum?  Loves it.)  Thanks Dad. 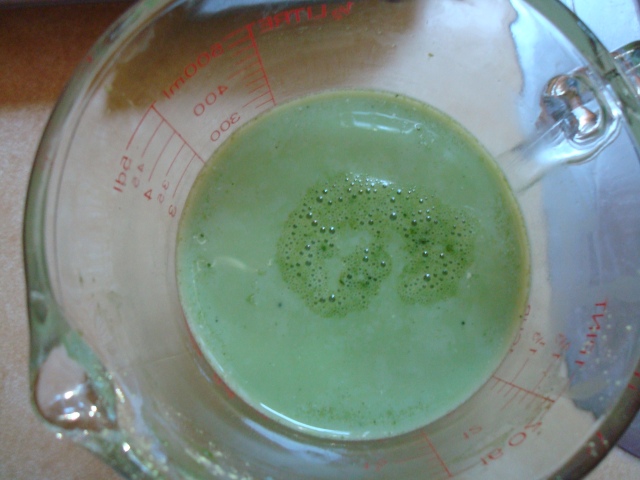 These cupcakes are an example of something that my dad would totally try and love even though they are a bit non-traditional.  Awhile back I had an awesome green tea cupcake at a teahouse and decided it was time to try making my own version. 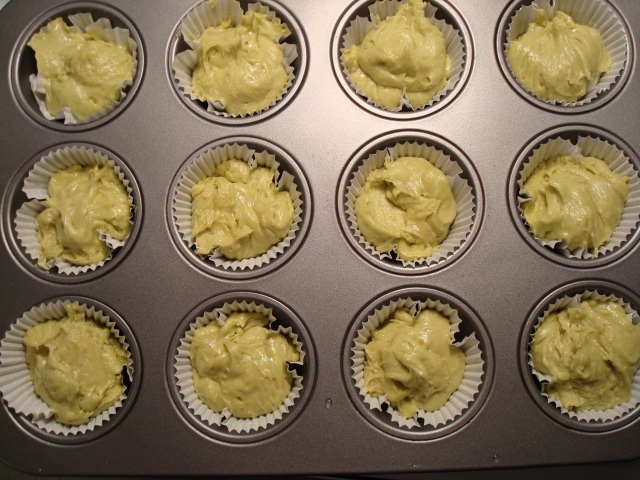 I ran out and bought some green tea powder (Matcha) and did a bit of Googling and found a recipe that twisted the traditional vanilla cupcake a little bit by adding the green tea powder in.  I found another recipe that suggested using almond extract instead of vanilla extract which seemed like a bold move in the right direction.  Done and done. 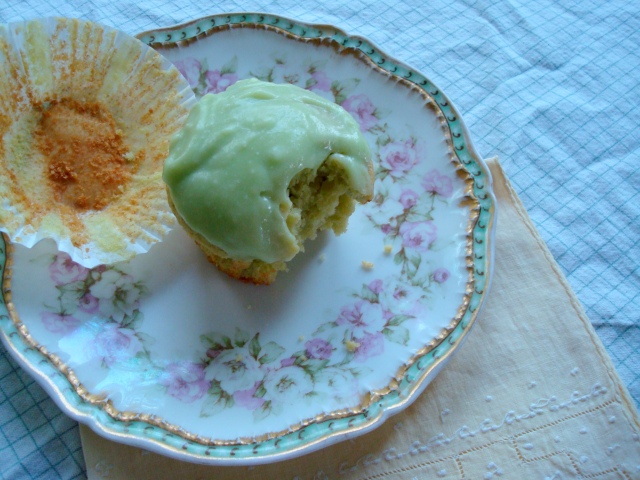 I made up my own frosting recipe using mascarpone cheese instead of cream cheese, butter, powdered sugar, and more green tea powder.  The results came out pretty darn good.  These cupcakes are for people who are not into overly sweet things but still want a treat.  And what a treat they are.

Preheat the oven at 350ºF and line two 12-muffin tins with cupcake papers.

In a small bowl, sift the flour, baking powder and salt; set aside.

Whisk the Matcha with the milk and vanilla, set aside.

In a large mixing bowl, cream the butter using an electric mixer on medium speed until smooth.  Add the sugar gradually and beat for 3 minutes or until fluffy.  Add the eggs, one at a time, beating well after each addition.  Add the dry ingredients in three parts, alternating with the milk and vanilla.  With each addition, beat until the ingredients are incorporated but do not over mix.

Spoon the batter into the cupcake liners, filling about ¾ full.  Bake for 20-25 minutes.  Cool the cupcakes in the tins for 15 minutes.  Remove cakes from the tins and cool on a wire rack before icing.

In a large mixing bowl, cream the butter and mascarpone cheese until combined.  Sift the powdered sugar and the Matcha into mixing bowl.  Mix until incorporated.  If the frosting is too thick, add a tablespoon or two of milk and mix until combined.

One thought on “Happy Father’s Day! Green Tea Cupcakes for you.”