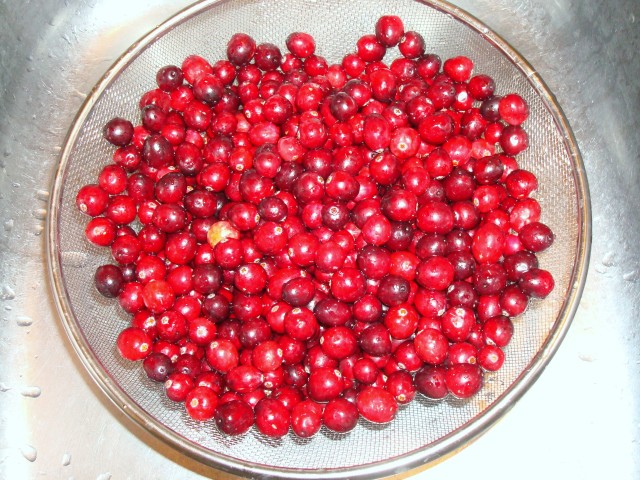 I was inspired by my adoptive state of Wisconsin to experiment with cranberries. Wisconsin is the largest producer of cranberries in the US…did you know that? I didn’t either until I moved here. One of these days I’m going to get myself up north to see the harvesting of the cranberry bogs. I bet it’s neat. 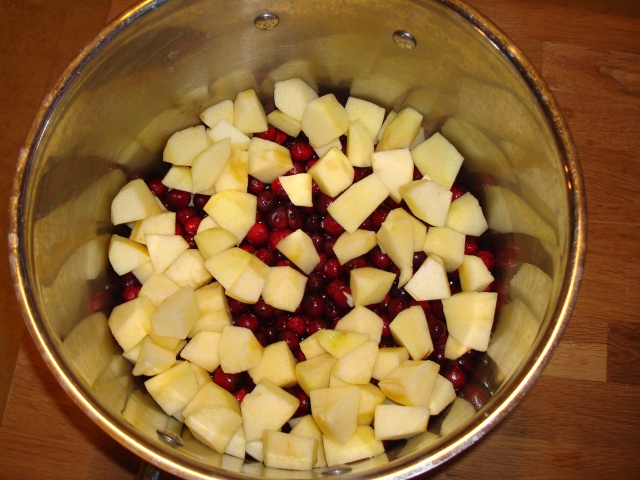 Every year on Thanksgiving I make a cranberry chutney that inevitably gets forgotten about in the fridge until we are nearly finished with our meal. What a shame. I thought it might be nice to make cranberries into more of a featured part of the meal and what could be more featured than dessert? No one forgets about dessert. 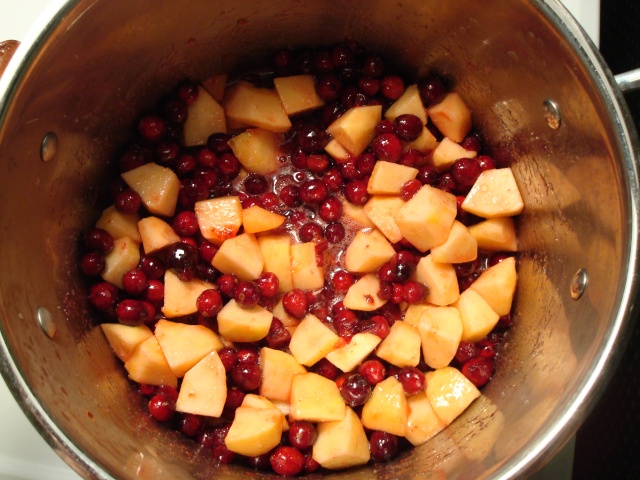 A few years back I tore a recipe out of a magazine for a cranberry-apple crisp and decided to test it out here for you. When the apples and cranberries were cooking down on my stove it smelled like the holidays. I wish the internet had smell-o-vision so I could share the scent with you– it was heavenly.

The topping for this crisp couldn’t have been simpler– it consists of oatmeal, flour, butter, brown sugar, and a pinch of salt.

I took this into work for a co-worker’s birthday and it was a big hit. I think it was a nice contrast to all of the overly sweet desserts that others had brought in. There is definitely a tartness to this crisp but it works. It’s even better warm with a little vanilla ice cream which I also tried. This could be the perfect ending to your Thanksgiving meal!

One thought on “sweet & tart”